I remember the cold and snowy January day in 2012 when I visited Douglas Luhanko‘s store in Stockholm for the first time. Back then, it wasn’t called Second Sunrise. And Douglas didn’t own it, yet. But it surely was his store.

Opened as ‘Unionville’ in December 2010, the store was built with its very own jeans factory slash vintage archive in the back, where Douglas could sew his Blue Highway jeans, do denim repairs, and store his denim collection—parts of which he’d found in abandoned mines in Nevada when he and his brother visited Michael Harris in 2009.

Yeah, I was thoroughly impressed with what Douglas had already achieved back then, and the wealth of denim knowledge he’d amassed.

Fast forward to 2016, I visited the store again when Unionville and Indigofera threw a book launch event for my book, Blue Blooded.

As we did a Q&A about denim and indigo, I was blown away by just how much Douglas knows about indigo dyeing. That’s when he told me he was working on a book on the topic together with his partner, Kerstin Neumüller.

That book, titled ‘En Handbok Om Indigo‘ (a handbook about indigo), was published in March last year, in Swedish. As the title suggests, it’s a guidebook. Specifically, it focuses on indigo dyeing recipes. This summer, the book was published in English, and I got in touch with Kerstin and Douglas to find out more about it.

Thomas: There are a few books about indigo published already. How does your book differ from what’s out there?

Kerstin: There are indeed! The difference with our book is that it’s very focused on the actual process while other books often focus on history and ethnography.

During the writing, we called it “A cookbook of indigo” and that’s how we like to describe it; a collection of recipes for preparing the blue colour for dyeing.

We haven’t forgotten or excluded the context of indigo in the book, but the bulk of the pages are filled with instructions for people who want to dye with indigo and make something of what they have dyed, or even grow their own indigo plants!

T: Why did you publish the book in Swedish first?

Kerstin: We work with a publisher that is focused on the Swedish market, so it was only natural to make the first edition a Swedish one.

T: What made you decide to publish it in English?

Douglas: We know that the interest in indigo is growing, not only in Sweden but also internationally, and we see ourselves as a part of the international denim community. We knew that many of our friends all over the world would be interested in the book if they could read it, so we thought we’d make sure they could!

T: How did your fascination with indigo start?

Kerstin: For both of us, the interest in indigo sprung from an interest in history. Douglas has always been very interested in denim, and this interest has shaped his life. He found he’d explored so much about the subject that he felt that he was ready to venture into a new branch of his denim interest, and by coincidence, we met just at that point in life.

I come from a background of classical tailoring, textiles and traditional crafts. I’ve studied in those fields for some years and ended up buying five kilos of indigo. When I moved to Stockholm, I went looking for people who wanted to dye with me, and that’s how I found Douglas!

T: How and where did you learn enough about indigo to write a book about it?

Douglas: Kerstin took a one-day course at Sätergläntan, a Swedish institute for traditional crafts, before we started dyeing together. But, other than that, we have just been reading and trying out different recipes!

Kerstin: After we met, we started dyeing together one night a week in Unionville. Eventually, we got an offer from a publisher who asked if we wanted to write a book about the subject. That’s when the real work began!

T: How long did it take to research, write, and edit the book?

Kerstin: It took us about a year to finish the book, as we wrote it during our free time. In the beginning, we were quite relaxed in our attitude towards it.

At the end, it got pretty intense, and we did the last editing while travelling to Berlin to visit Selvedge Run, carrying a print-out version with us and reading a few lines here and there on the flights and during breakfast.

T: Who is your book for?

Douglas: Anyone interested in indigo and everyone who wants to try dyeing themselves! We want to explain, in an understandable way, what gives indigo a special place among colour pigments, to guide the readers through the dyeing process, and to inspire them to be creative!

T: What do you hope to achieve with the book?

Douglas: When we first started dyeing, we found it very hard to find information on how to build up the dyebaths and everything that you need to think of while dyeing. We wanted to gather all that we learned and make it available for anyone who wants to get started with dyeing. To help them avoid all the mistakes we made!

Kerstin: We hope our readers will get a sense that they understand this mystery dye, and that they will feel confident and inspired enough to do some dyeing of their own, regardless of whether it’s a big 30-litre dyebath or if they want to keep a glass jar with fermented indigo on their kitchen counter and dye small samples or batches of yarn.

Get the Book and Start Dyeing!

The book, titled ‘Indigo: Cultivate, Dye, Create’ in the English version, is available now from Second Sunrise (obviously), from Amazon (UK), the publisher, and many more. It’ll be released in the US on September 4, 2018.

If you want more help getting started with your indigo dyeing, Kerstin and Douglas also do 4-hour workshops at Second Sunrise every second Sunday of the month. You can get a ticket for the next one here. 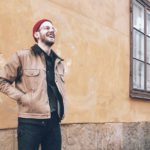 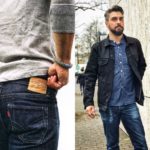 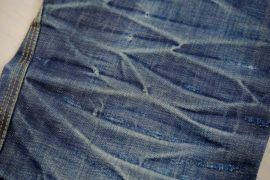 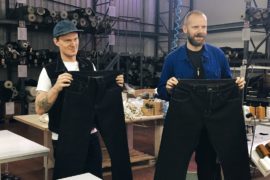 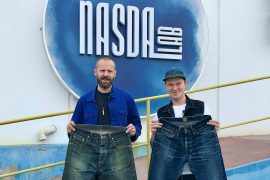 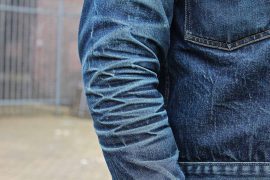 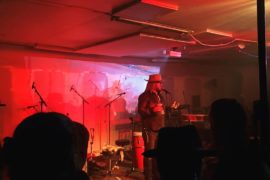