Q&A with Allison Gettings, the Mind Behind the Red Wing Women’s Line

“Honey, how about a pair of Red Wings?”

If you’re a male heritage fashion enthusiast with a female significant other, you’ve probably uttered something like this before. Likely more than once.

The problem with putting your girl in raw denim jeans and Red Wings, it seems, is that the products are a little too rugged. It takes a certain style to wear raw denim and moctoes. It’s just a little too masculine; not ladylike enough, I guess.

The team at Red Wing experienced something similar. Women love the brand, but many couldn’t find a boot that was feminine enough. Or they were scared off by the idea of having to break in the boots—something most male Red Wing wearers can probably testify to not always being a pleasant experience.

The solution was introduced back in the autumn of 2016; the Red Wing Heritage women’s line. The successful relaunch of a Red Wing collection dedicated to women was cemented in October with the opening of the world’s first women’s Red Wing store in Berlin.

Part of the success no doubt comes from the fact that Red Wing Heritage put a female creative mind in charge of the project. It only seems logical, right? Even better to find someone who was quite literally born into the Red Wing brand.

Allison Gettings’ great-grandfather, her grandfather, and her father have all run the company. Today, she’s the Director of Heritage Product Creation, both for the women’s and the men’s lines.

In this Q&A, which is sponsored by Red Wing Heritage Europe, I ask Allison why they set out to create a Red Wing women’s line; how it’s different from the men’s line; and what it feels like to be part of the family behind a brand with such a dedicated following.

“Red Wing Shoes has always been part of my life, as normal and quotidian as sliced bread. So I find myself continually surprised and humbled by how deeply our brand touches the lives of so many people around the world.

When I hear people I’ve never met before talk with such enthusiasm about our products and our company, or when I see people walking around in our boots, I feel this immense sense of gratitude, every single time.

I never forget how incredibly fortunate I am to be able to play a role in this company, and in everything I do I try to live up to the expectations of our customers.”

What is the vision of the Red Wing women’s line?

“When we started working on the women’s line, we knew that women were already excited about the brand and wearing our men’s styles. But it was clear to us that we weren’t offering them a great experience in terms of fit and performance, which are hallmarks of our brand.

We wanted to do more than just size down what we were already making.”

We wanted to carefully consider every element of the collection from how the boots are constructed to how we present the collection in the market to cater to the diverse expectations of these awesome women.

We spent over two years developing the line before selling a single pair so that we could really nail our brand promise of crafting rugged, timeless boots, purpose-built for women’s feet and lifestyles.”

Suggested further reading: Everything You Need to Know About How Leather Is Made

How did you come up with the designs for the women’s styles?

Our initial collection was a combination of offering styles that we knew women were already buying, like our Iron Rangers and Moc Toes, and offering designs that put a more feminine spin on some of our most iconic silhouettes.

For our first season, it was important to us to make sure the collection was undeniably Red Wing, so every boot has features that tie directly back to our archives. I didn’t want anyone to be able to mistake one of our styles for another brand.

Red Wing has some of the most dedicated fans and followers. How are you benefitting from this for the women’s line?

“Absolutely! We hear a lot that men are bringing their wives and girlfriends into our stores and buying them boots because they are so excited to share the brand they love with the woman they love!

Especially when we first launched the collection, we saw a lot of guys tagging their lady friends on Instagram, and we still see a lot of people posting ‘his and hers’ pictures on our social media channels. This shared enthusiasm has played a huge part in our initial success of the line.”

What are the differences between how men and women perceive and ‘use’ the brand?

“I really think that, for the most part, there are more similarities than differences in how men and women use our products. The biggest differences I see are more on the retail level than on the consumer level.

We have a lot of men and women makers who gravitate toward the brand; they wear the same boots during the day when they’re working on their craft and into the night when they go out with friends without having to change or feel grubby.

We also have a lot of men and women who work in an office and love the brand because they can rely on our boots to look good, feel good and stand the test of time wear after wear, year after year.

One difference that we do see, which we integrated into the features of the collection, is that women tend to have more shoes in their weekly rotation than men. So the initial break-in period needs to be faster as they aren’t wearing the one style every single day.

Because of this, we engineered our women’s line to be comfortable out of the box, which has won over even our most die-hard fans. In fact, a lot of men have started asking me when we’ll be offering similar features for the guys, so you never know.”

Get Into a Pair of Red Wing Women’s Boots!

Visit Red Wing Heritage’s website to see the entire women’s collection. Or check out their store locator to find a retailer near you that sells the products.

And if you live in Berlin or you’re visiting the German capital, be sure to visit the world’s (so far) only Red Wing women’s store.

Red Wing Heritage is also exhibiting at the Selvedge Run trade show in Berlin, January 16-18, 2018. Learn more and get your visitor’s ticket at Selvedge Run’s website. 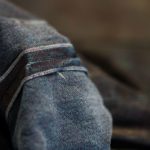 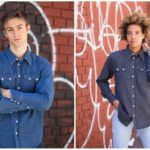 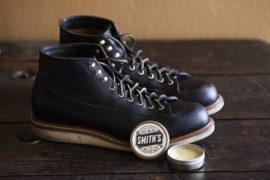 How to Clean and Condition Your Boots (S01E13)

Best Made vs. Best Marketed Boots with Carl Murawski (S01E12) 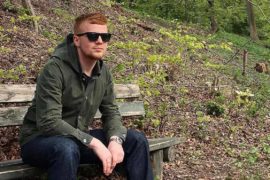 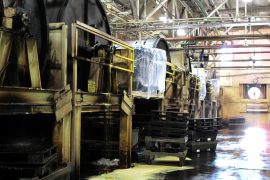 How Leather Is Made and Types of Leather (S01E08)