It’s never been easier to get information. With the tap of a finger, you can find the answer to virtually any question you have. And with video becoming ever more present as it gets easier to create, learning is getting even more accessible.

Yet, we’re somehow still drawn to knowledge on paper. Especially in the world of denim, it seems. 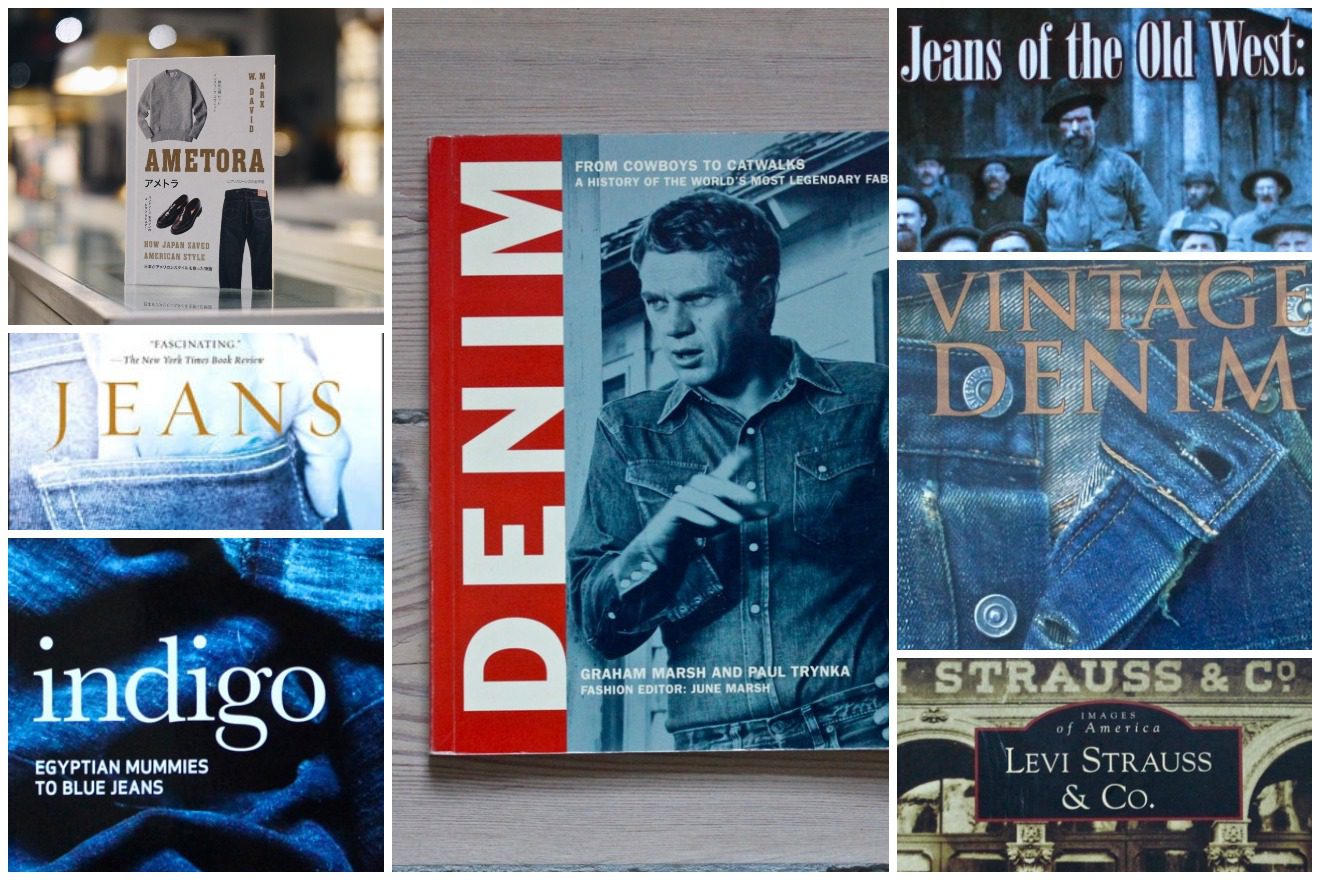 One of the more recent publications is, of course, Blue Blooded—the 256-page denim-bonded heavyweighter that I co-authored and had published by Gestalten in 2016.

With a lot of hard work, we were able to turn it from idea to published book in less than nine months. And the most comprehensive task was not writing the manuscript, it was the research.

Through my network, I got indispensable input about the history of denim and jeans, how denim is made, how jeans are made, and a lot more. I also relied on other denim books; some of them I’d read already, some had been on my reading list for years.

These are the denim books from Blue Blooded’s list of references I consider must-reads for any denimhead.

‘Ametora’ is Japanese shorthand for ‘American traditional,’ a term they use to describe the style also sometimes called ‘Americana;’ button-down shirts, bomber jackets, moctoes and, of course, blue jeans.

Published in the autumn of 2015, Ametora completely uncovers why jeans became so popular in Japan, and ‘how Japan saved American style’ (which is the book’s subtitle). With an almost archaeological approach, the American author and journalist, W. David Marx (who speaks Japanese), spent two years researching this book, and another two years writing it.

This book is—hands down—the best denim book out there! It might not be the most visually appealing one (there are not that many pictures, and they’re black and white), but it’s in a league completely of its own.

If you don’t have it already, buy Ametora on Amazon now! That’s an order!

James Sullivan’s book, Jeans: A Cultural History of an American Icon, was one of the books I hadn’t read before I began working on Blue Blooded. And, boy, was I missing out!

With plenty of great anecdotes and delightful digressions, ‘Jeans’ tells the story of how jeans have been part of American history for 150 years, and how they became an iconic symbol of America around the world.

The book is based on thorough original research, and it includes topics such as the rise and fall of indigo, the myth of the cowboy, American cultural imperialism, advertising and sex. For Blue Blooded, it was particularly helpful for the historical chapters.

While the book is from 2006, which means it obviously isn’t up-to-date on the influence of Japanese denim, it doesn’t feel dated. It’s also very easy to read. It doesn’t have that many pictures, though, and they’re black and white.

You can pick up a copy for almost nothing on Amazon right here.

A friend of mine is borrowing my copies of Ametora and Jeans at the time of publication, which is why I couldn’t photograph them myself for this blog post.

Jenny Balfour-Paul’s epic book, Indigo: Egyptian Mummies to Blue Jeans, was originally published in 1998. (You can still get the original print here!)

A renowned academic and true indigo expert, Balfour-Paul is coming up on three decades of practical experience with indigo plants and dyeing, and she’s been living and working in the Middle East and North Africa researching the magic blue dyestuff.

Based on firsthand fieldwork, she wrote a PhD at Exeter University’s Arabic Department, which was later published as the book Indigo in the Arab World in 1997. She was then commissioned by British Museum Press to write the book about indigo from all around the world, which was—as I’ve already mentioned—published in 1998. The one I used for Blue Blooded is the 2011 reprint.

If you could only buy one book about indigo, buy this one! 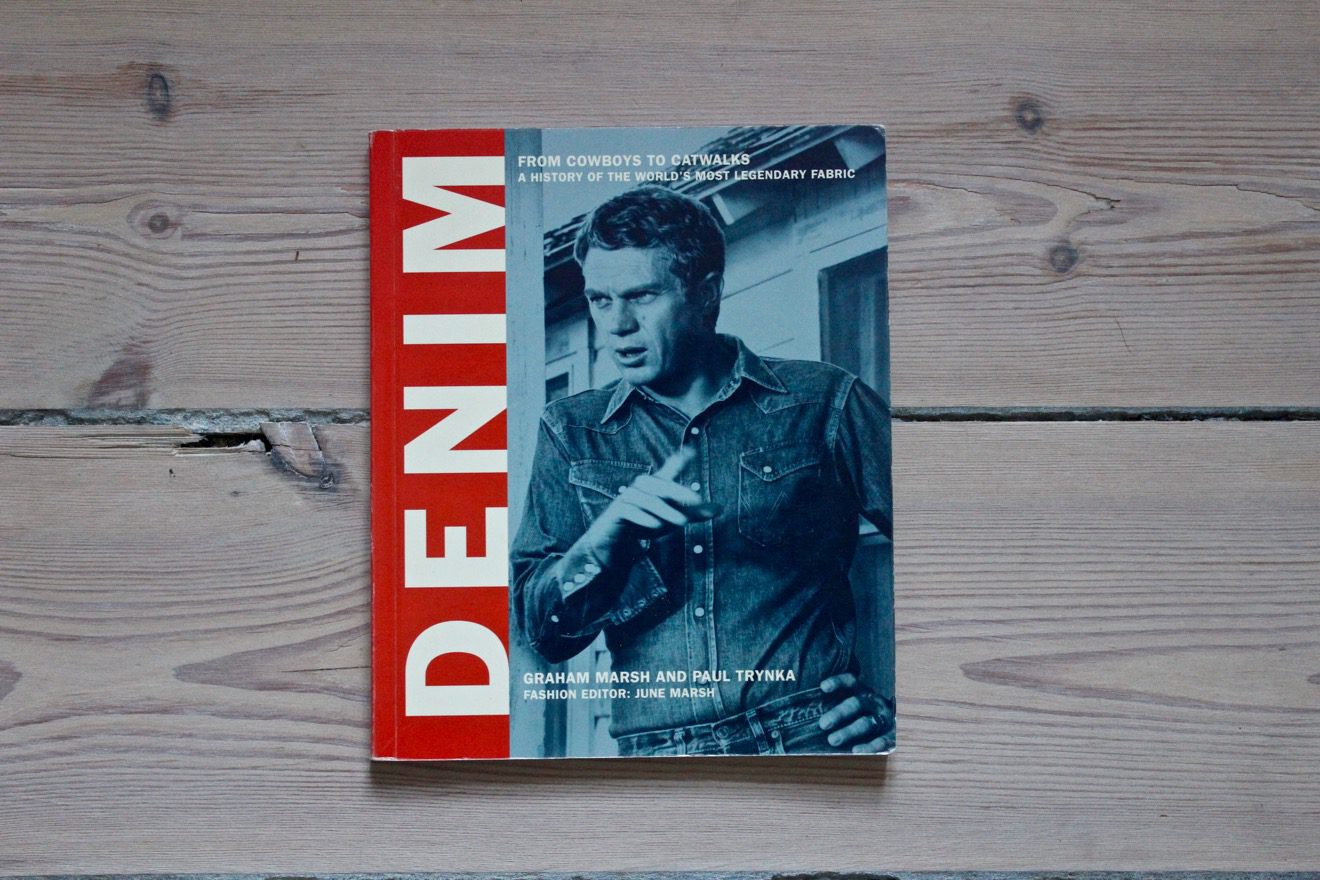 Book #4: Denim: From Cowboys to Catwalks

Before there were message boards, forums, blogs and Instagrammers there was From Cowboys to Catwalks. This has been the go-to book for so many denimheads. It was the first denim book I ever bought and read, and it’s the book that made me dream about one day writing a book myself.

Originally published in 2002—the original, physically bigger version is available here—this book is uncomplicated and inspiring. The perfect book for anyone who wants to get a fundamental understanding of denim; it’s easy to read and the pictures perfectly accompany the words.

You probably have it already. If not, you can buy From Cowboys to Catwalks here. 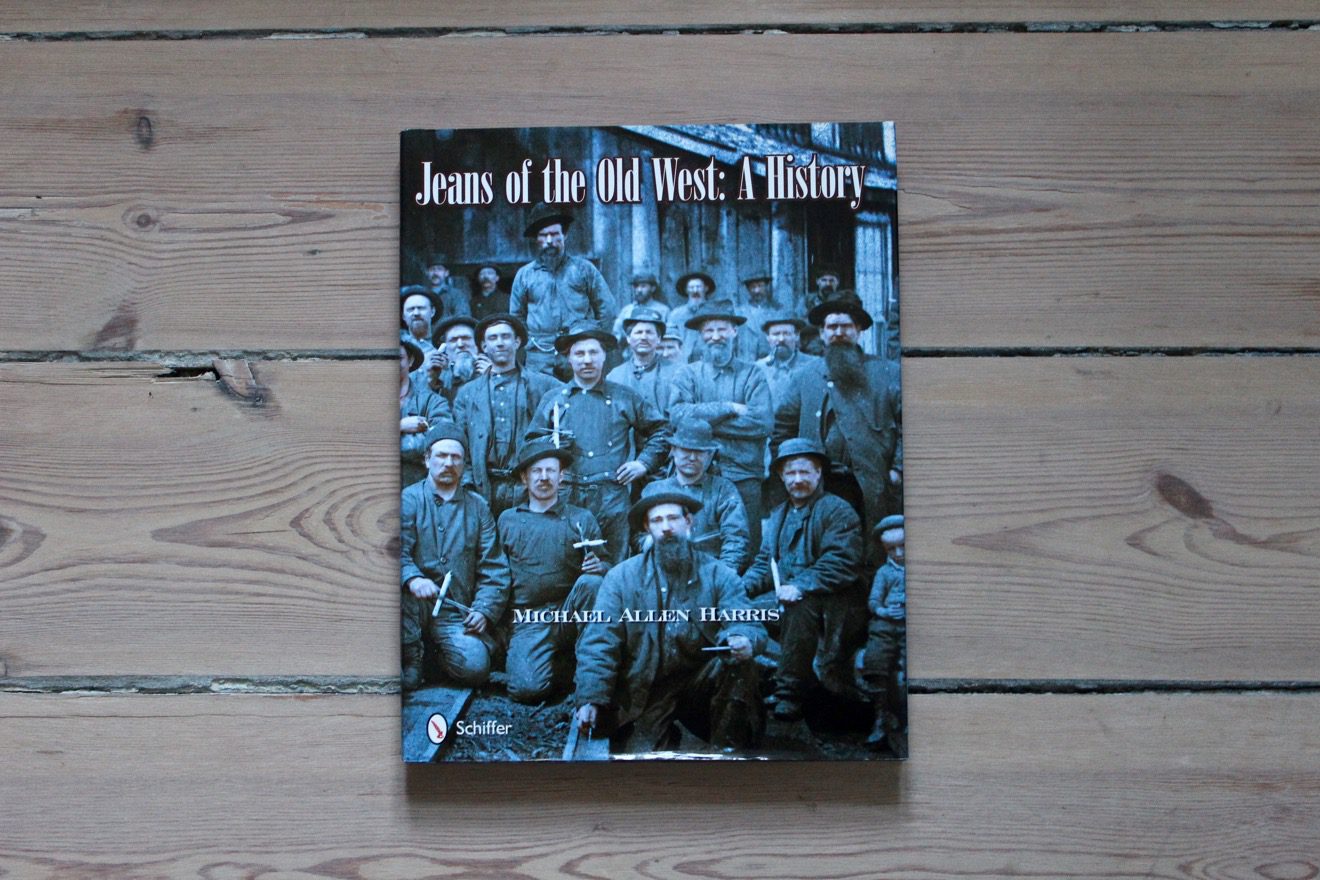 Book #5: Jeans of the Old West by Michael Harris

Based on firsthand research, Jeans of the Old West uncovers a chapter of denim’s history that previously had been sort of left in the dark; the years when Levi’s was the only jeans maker who could use rivets in ‘the old west.’

The book leads with a detailed review of the story of Levi Strauss (the man) and everything that lead up to the rivet patent. What really makes the book, though, are the stories of how challengers such as the Greenbaum Brothers, Neustadter Brothers and A. B. Elfelt & Co. invented alternative strengthening methods in the 1870s and ‘80s before the patent ran out.

Admittedly, this book is quite nerdy, which is a compliment, with plenty of pictures (or varying aesthetic quality) and illustrations of original miner’s jeans worn by the frontiersmen of Nevada and California.

Jeans of the Old West came out in 2010, just around the time I’d decided to start writing about denim, and it’s been very inspirational for me over the years. It’s a must-read for fashion historians and denim collectors alike, and you can pick up a copy right here. 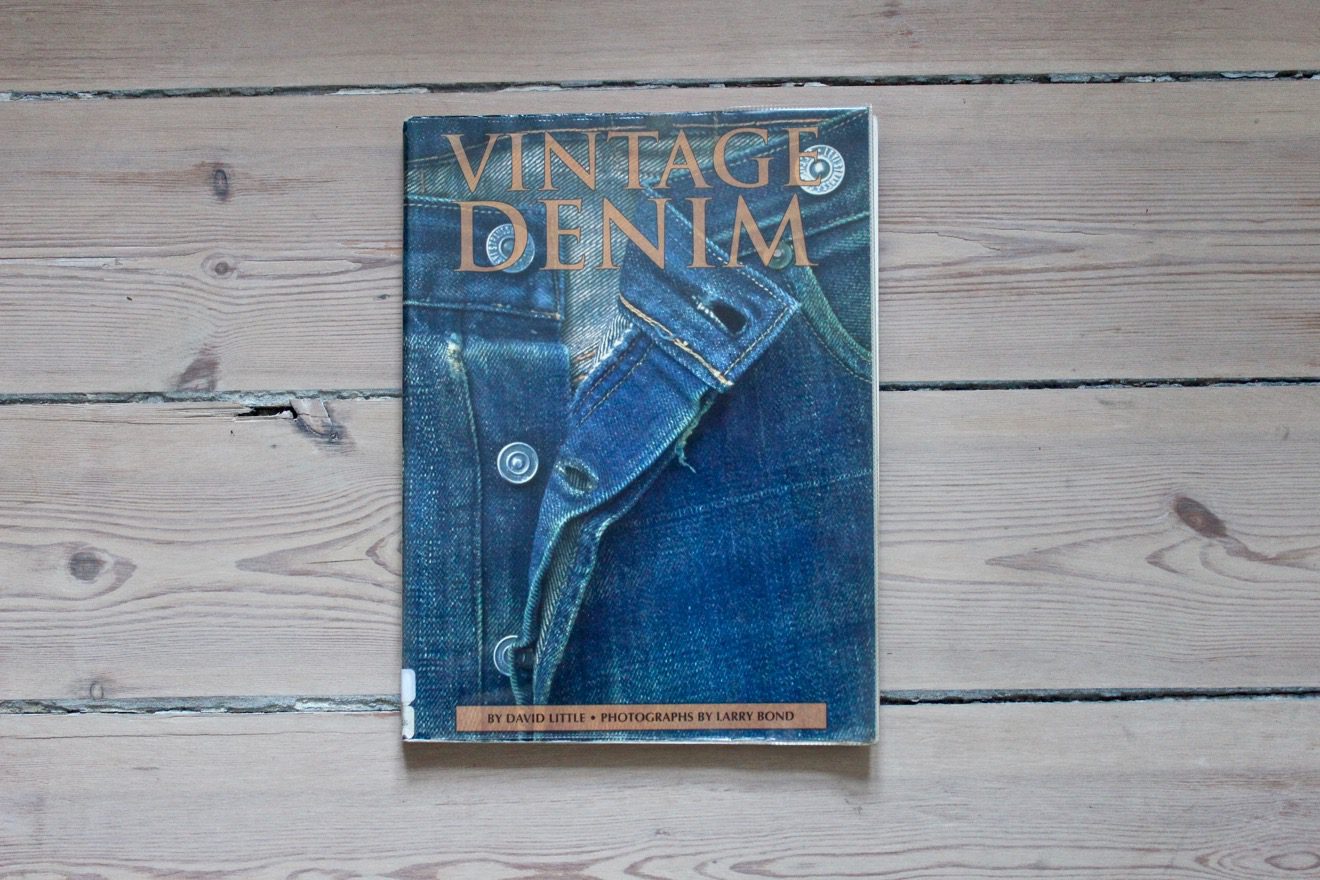 For some reason, I had kept putting off buying David Little’s Vintage Denim book. Hadn’t it been for Blue Blooded, I probably never would’ve. But it is an important one that’s worth picking up!

Published in 1996, Vintage Denim is obviously quite dated. Like Sullivan’s Jeans and From Cowboys to Catwalks, it tells the story of how jeans went from workwear to fashion. But unlike the works of Marx or Sullivan, Vintage Denim doesn’t feel as thoroughly researched. It’s more superficial.

What’s unique about Vintage Denim, though, is its portrayal of the vintage and secondhand jeans market before and during the 1990s. Almost half of the book is dedicated to ‘dealers and collectors’ and a detailed guide for identifying vintage denim.

It’s an interesting read, but the book should be taken with a grain of salt; it almost feels commissioned by the vintage denim dealers such as John Farley that’re listed as ‘resources.’ Vintage Denim was also clearly written at a time before eBay and when the Japanese were still buying boatloads of vintage denim from the US.

You can get the book on Amazon, but you can also find it on eBay.

Eleven years after Vintage Denim, Little published Denim: An American Story. Although the title isn’t the same, it’s essentially a rewritten version of Vintage Denim. (Even the opening acknowledgements are almost verbatimly identical, which I think is a little lazy, to be honest.) There’s less focus on vintage denim and dealers, and overall I don’t find it as interesting as it’s predecessor. 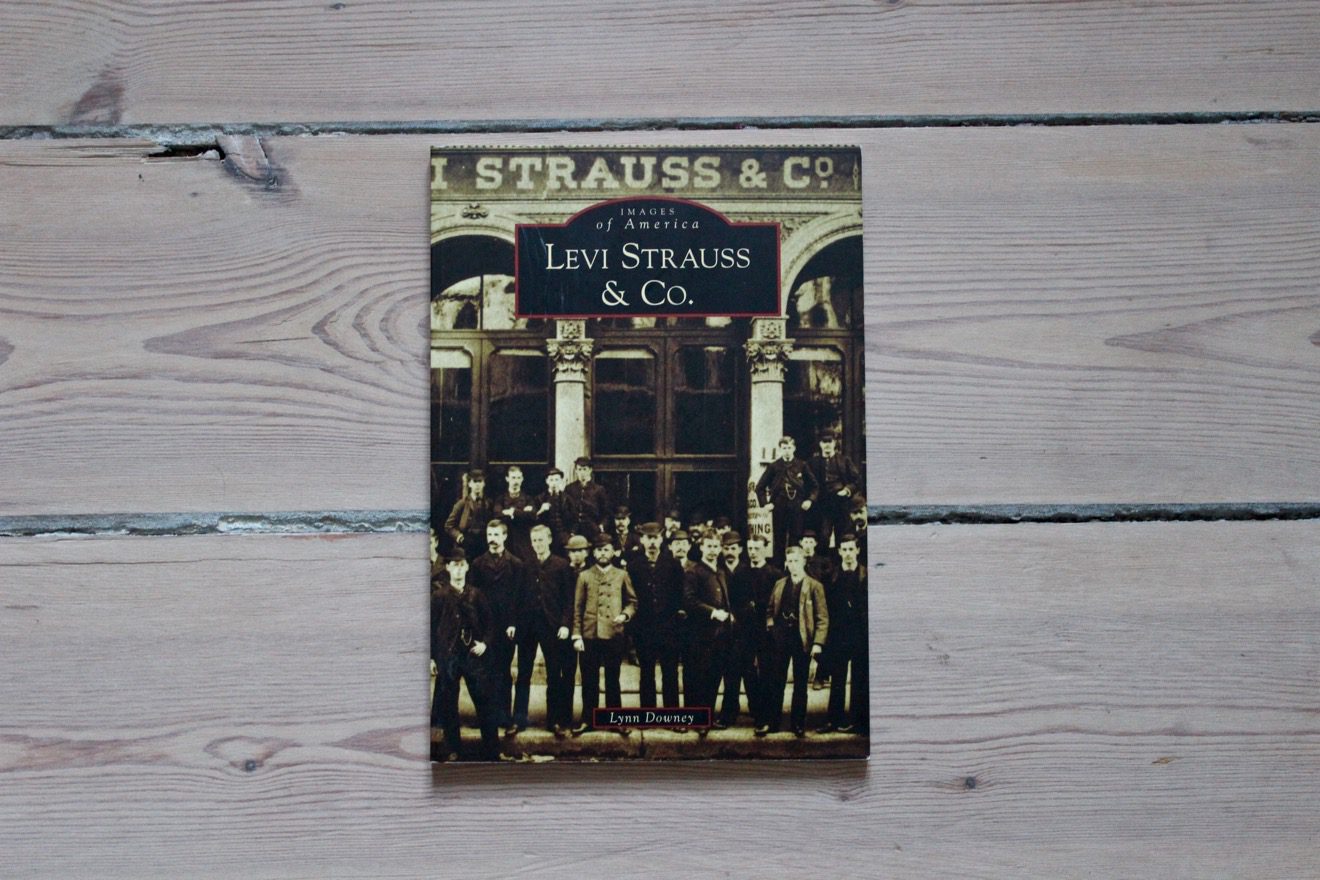 Until her retirement a couple years ago, Lynn Downey was the queen of denim archaeology as the in-house archivist and historian at Levi’s.

I had the pleasure of meeting her at the Levi’s Archives in San Francisco back in 2013 where she gifted me a copy of her book about the Levi Strauss company.

Published in 2007, the book debunks some of the previously prevalent myths about the influential Californian jeans maker, including how the Bavarian immigrant, Levi Strauss, opened his wholesale dry goods warehouse on the San Francisco waterfront in 1853.

Downey now works as a historical and archival consultant. In 2016, she also had a book about Levi Strauss (the man) published, which you can get here. 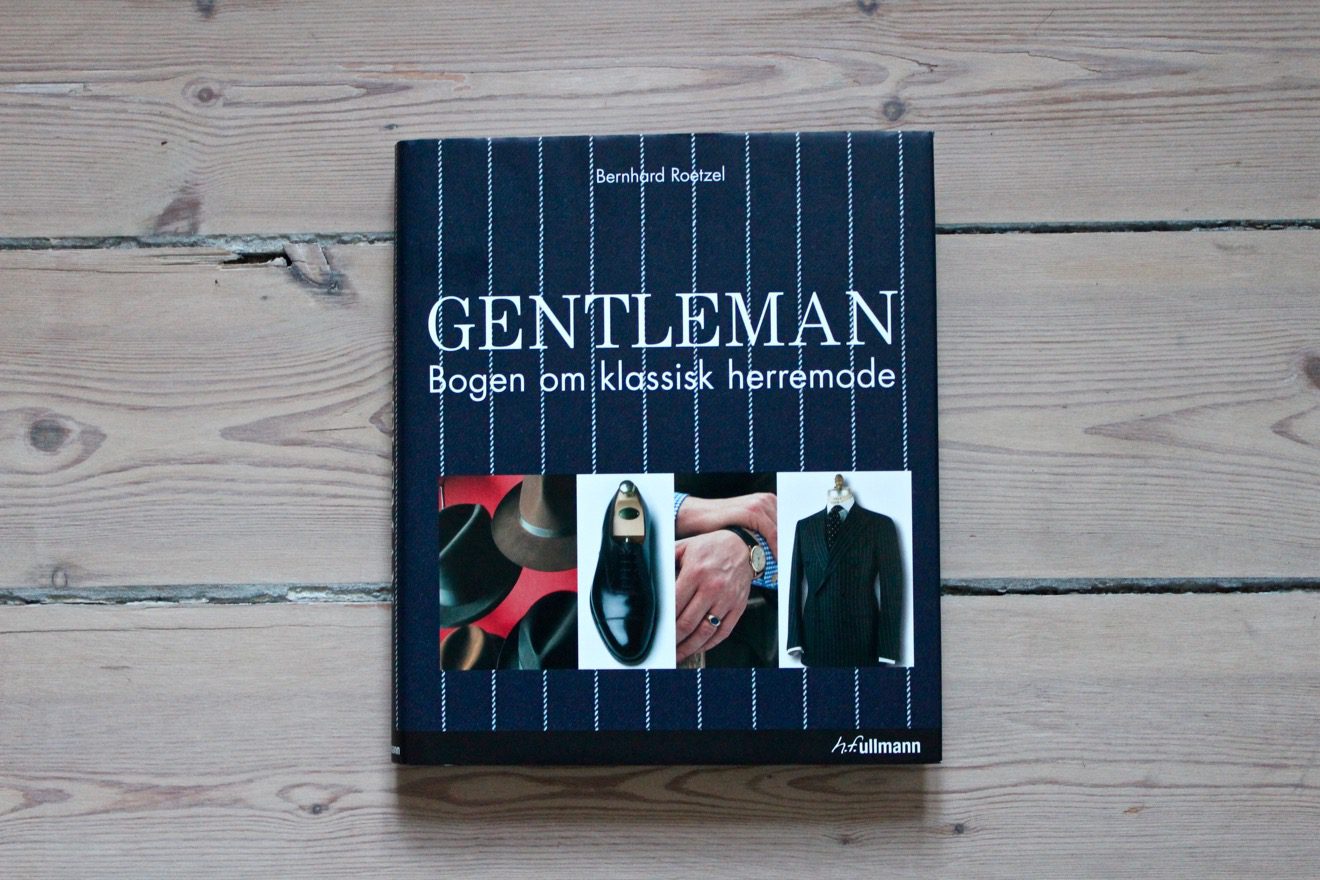 While Gentleman isn’t on the list of references in Blue Blooded, this book plays a pivotal role for my work and motivation to write the book, which is why it deserves an honourable mention.

I got the idea for Blue Blooded in February 2015 while I was on my way to our annual skiing holiday in the Italian Alps with my family. The day before we left, my mother-in-law had gifted me the Danish version of Bernhard Roetzel’s book, Gentleman, which covers everything you need to know about gentlemen’s attire. Reading it while we were cruising through Germany, I decided I wanted to write a book about denim!

Other notable denim books that are worth taking a look at (but aren’t on Blue Blooded’s list of references either) include Denim Dudes, True Fit and 501XX. 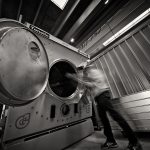 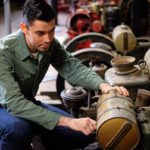 10 Popular Jeans Archetypes and How To Style Them